I wrote brewer2mpl a couple years ago to help people use colorbrewer2 color palettes in Python. Since then it’s expanded to include palettes from Tableau and the whimsical Wes Anderson Palettes Tumblr; and there’s plenty of room for more palettes from other sources. To encompass the growing scope, brewer2mpl has been renamed to Palettable! (Thanks to Paul Ivanov for the name.)

The Palettable API has also been updated for the IPython age. All available palettes are now loaded at import and are available for your tab-completion pleasure. Need the YlGnBu palette with nine colors? That’s now available at palettable.colorbrewer.sequential.YlGnBu_9. Reversed palettes are also available with a _r suffix.

I hope you find Palettable useful! You can find it on the web at: 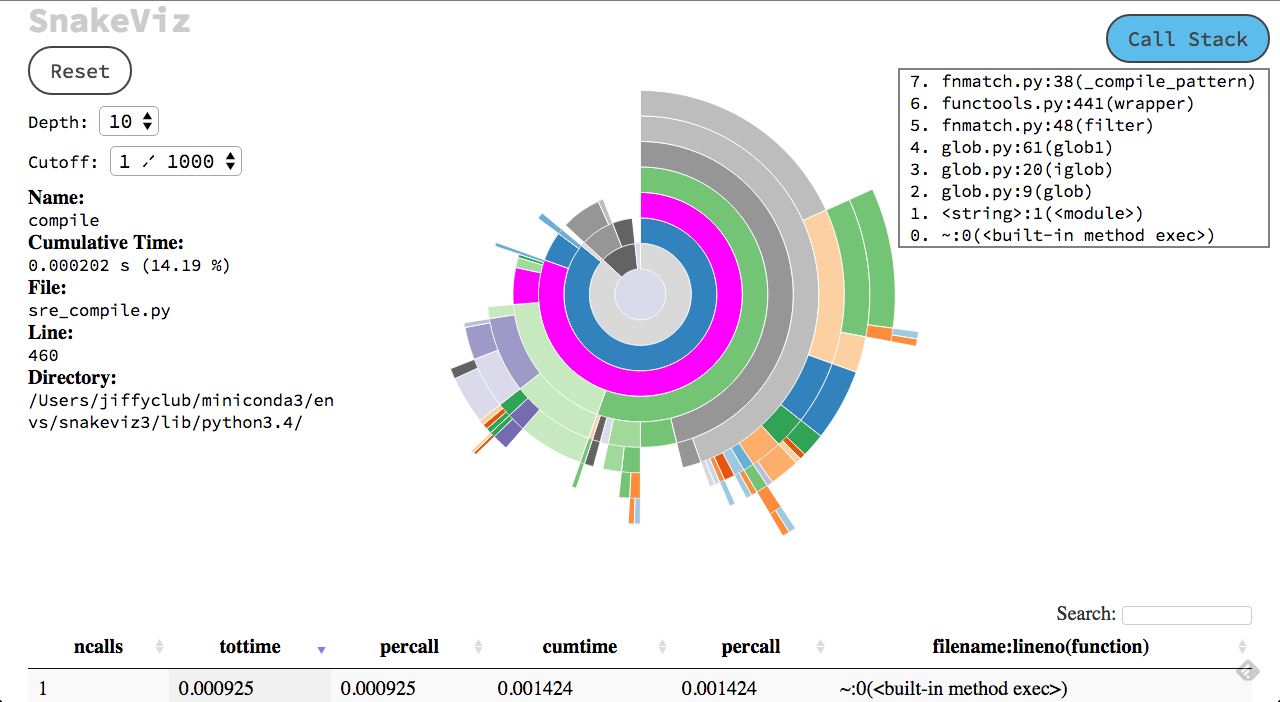 I have been using Conda (via Miniconda) for managing my Python development environments and packages for close to a year now, so I thought I’d write up my thoughts so far for others.

So, what does Conda do well and what needs improvement? END_OF_DOCUMENT_TOKEN_TO_BE_REPLACED

This week docs.scipy.org has been down, but folks still need their NumPy and SciPy docs. To fill the gap until docs.scipy.org is back up I built the docs for only the latest stable releases and uploaded them to GitHub pages:

(Note that I’m working on a Mac and these instructions are a little Mac/Linux oriented. The procedure on Windows would not be drastically different, though.)

END_OF_DOCUMENT_TOKEN_TO_BE_REPLACED

If You Want to Build the NumPy and SciPy Docs

Docker is a great tool for getting lightweight, isolated Linux environments. It uses technology that doesn’t work natively on Macs. Until now you’ve had to boot into a VM to install and use Docker, but it’s now a little easier than that.

As of Docker 0.8 it can be run on Macs thanks to a specially developed, lightweight VirtualBox VM. There are official instructions for installing Docker on Mac, but with Homebrew and cask it’s even easier.

Follow the instructions on the cask homepage to install it. Cask is an extension to Homebrew for installing Mac binary packages via the command line. Think things like Chrome or Steam. Or VirtualBox. Running Docker on Mac requires VirtualBox so if you don’t have it already:

Then install Docker and the helper tool boot2docker:

boot2docker takes care of the VM that Docker runs in. To get things started it needs to download the Docker VM and start a daemon that the docker command line tool will talk to:

The docker command line tool should now be able to talk to the daemon and if you run docker version you should see a report for both a server and a client. (Note: When I ran boot2docker up it told me that the default port the daemon uses was already taken. I had to specify a different port via the DOCKER_HOST environment variable, which I now set in my shell configuration.)

If everything has gone well to this point you should now be able to start up a Docker instance. This command will drop you into a bash shell in Ubuntu:

Use ctrl-D to exit. I find this especially helpful for very quickly getting to a Linux command line from my Mac for testing this or that, like checking what versions of software are installing by apt-get.

Visit the Docker documentation to learn more about what you can do with Docker and how to do it.

I recently started over with a fresh development environment and decided to try something new: I’m using Python 3 via miniconda. The first real hiccup I’ve run into is that conda’s environment activation/deactivation scheme only works in bash or zsh. I use fish. There is an open PR to get fish support for conda but in the meantime I hacked something together to help me out.

"Activating" a conda environment does a couple of things:

Deactivating the environment resets everything to its pre-activation state. The fish functions I put together work like this:

Here’s the text of the functions:

For fun I’ve been learning a bit about the GitHub API. Using the API it’s possible to do just about everything you can do on GitHub itself, from commenting on PRs to adding commits to a repo. Here I’m going to show how to do add commits to a repo on GitHub. A notebook demonstrating things with code is available here, but you may want to read this post first for the high level view.

The GitHub API is an HTTP interface so you can talk to it via any tool that speaks HTTP, including things like curl. To make programming with the API simpler there are a number of libraries that allow communicate with GitHub via means native to whatever language you’re using. I’m using Python and I went with the github3.py library based on its Python 3 compatibility, active development, and good documentation.

The repository api is the gateway for doing anything to a repo. In github3.py this is corresponds to the repository module.

The special case of making a commit affecting a single file is much simpler than affecting multiple files. Creating, updating, and deleting a file can be done via a single API call once you have enough information to specify what you want done.

I should note that I think deleting multiple files in a single commit requires a slightly different procedure, one I’ll cover in another post.

That’s the overview, look over the notebook for the code! http://nbviewer.ipython.org/gist/jiffyclub/9235955

Making Commits via the GitHub API

Pen and Pants is hosted by WordPress, but I write my blog posts in my favorite text editor using Markdown. That way I have all the conveniences those afford and I can archive the posts in plain text on GitHub.

The tricky part is going from the .md files to some text I can paste into the input box in WordPress. I learned today that you can write posts in Markdown, but that still doesn’t work perfectly for me because WordPress treats new lines within blocks as hard breaks. (When writing posts I break all lines before 80 characters for more convenient editing and diffing. Keeping all those breaks literal doesn’t translate well to web pages.)

Today, thanks to Ethan White, I figured out that Pandoc can help. By converting my Markdown to Markdown with the --no-wrap flag Pandoc will output paragraphs on a single line but otherwise give me regular Markdown. The command I use looks like this:

I can take the output of that and past it into WordPress’ text input box (after ticking the box to allow Markdown when writing posts).

Note that if you use fenced codeblocks (as on GitHub) WordPress will convert that into its special source code widget. If instead you want something presented using only <pre><code> tags then use indentation to indicate it is pre-formatted text.

If you use Homebrew you can install Pandoc via the cask add on:

To copy the output of pandoc straight to the clipboard you can use the pbcopy command: